Buy Psilocybin Shroom Tea. If you’ve ever eaten psilocybin mushrooms, you know that they taste awful. It may be hard for some people to even swallow them because their gag reflex kicks in. But there is another alternative to chewing up and choking down those nasty tasting little fungi – turning those dried mushrooms into a nice psilocybin tea. It’s quite easy to make and has a few added benefits.

Drinking the tea quickly will produce a very quick come up, and a trip that is an hour or two shorter than what one would expect to experience from eating them; however, sipping the tea slowly can produce a very similar come up and trip length to eating shrooms. Drinking shroom tea is the best way to trip now. It goes down much more easily than solid shrooms, and there is almost no nausea which eliminates virtually all of my anxiousness while tripping. If you haven’t tried tea at least once, I highly suggest you do so. You will not lose any potency, and you’ll have a much more enjoyable journey to your trip

How to drink Shroom Tea

It’s quite pleasant to drink the mushroom tea slowly, the effects come on quickly in the tea form and by the time you finished your first cup, you can feel the Mushroom approaching. By the time you finished the second cup, there are distinct alerts. Save the third extraction for an hour or more after the first two and find that when you go back to drinking it while mushroomed to be an interesting and positive experience and the effects also are increased by the third cup at. I wouldn’t recommend drinking the 3rd cup much after 2 hours as I’ve found trying to extend the mushroom experience after that to be somewhat unrewarding.

Be the first to review “Shroom Tea” Cancel reply 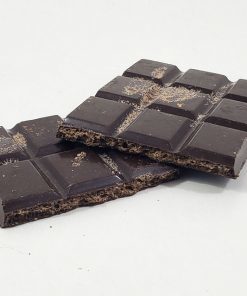